Kesha would sleep with Justin Bieber

Ke$ha has revealed she would consider sleeping with Justin Bieber if given the chance after denying earlier this year that she slept the 'Boyfriend' hitmaker, who was accused of cheating on his then-girlfriend Selena Gomez. 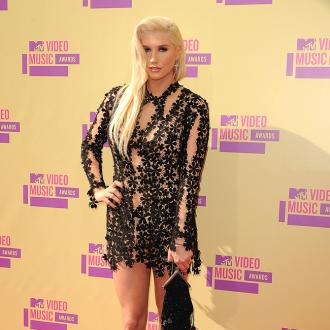 Ke$ha would sleep with Justin Bieber.

The 26-year-old singer would bed the 18-year-old star now she knows he is of legal age, and joked she would also indulge in some other activities that the Canadian singing sensation has only been permitted to do since his last birthday.

When asked by Rolling Stone magazine whether she would sleep with the star, she responded: ''Sure. Wait, is he even legal? Could I go to jail for this?''

After being reassured Justin is now 18, Ke$ha continued: ''OK, then I would. We could go out and buy lottery tickets, vote, play putt-putt golf. All the things that are legal at the age of 18.''

The 'Die Young' hitmaker has previously laughed off speculation linking her with Justin, admitting she didn't think he needed to look elsewhere because of his ''hot'' on/off girlfriend Selena Gomez.

Quizzed on the rumours, she said: ''I mean that's news to me ... No, I have not, for the record, ever slept with Justin Bieber. More than that, he has a girlfriend who is really, really hot, so... I think he's sorted.''