Justin Bieber's Calvin Klein advert made Sam Smith feel self conscious about his own physique. 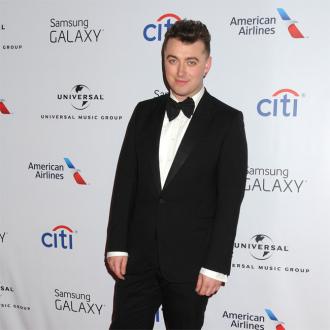 The 'Stay With Me' hitmaker has confessed seeing the 20-year-old singer's toned torso splashed across a billboard in New York's Times Square in an advertising campaign for the underwear label made him feel self conscious about his own physique.

He said: ''There are moments when I kick myself, looking at Justin Bieber's Calvin Klein advert in f**king Times Sqaure, thinking I'm in the same industry as him... I'm forever going to be on a diet.''

Sam, 22, added he often feels self conscious about his weight was left extremely upset after he was captured by photographers topless while enjoying a beach holiday with his former boyfriend, male model Jonathan Zeizel.

However, the Grammy Award-winner - who came out as gay in 2014 - insists that while he isn't completely comfortable with his looks, his openness towards his sexuality has helped him to feel more secure.