Justin Bieber's manager Scooter Braun has spoken out for the first time since the singer's arrest on Thursday (23.01.14) saying he ''loves'' and ''cares'' for him. 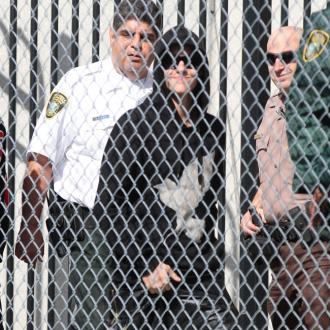 Scooter Braun - who discovered the star in 2008 - has reached out after the 'Baby' hitmaker who was charged with drink driving, resisting arrest and drag racing in a rented yellow Lamborghini was apprehended in Miami Beach.

He wrote on Twitter: ''@justinbieber love you and i will act in the manner of someone who truly cares. that is all I have to say. thanks for all those concerned.

The 32-year-old music manager also posted a cryptic message on Instagram which has since been deleted.

He wrote: ''What defines us is how well we rise after falling.''

Scooter and other people close to Justin are said to have warned him to ''get help'' or they would not continue working with him.

The ultimatum comes after Justin reportedly spent $75,000 at a strip club over the weekend and had his home in Calabasas, California, searched by police last week after he was accused of a vicious egg attack on his neighbour.

A source told AccessHollywood.com:''I was talking to a source inside Justin's camp -- this is new. Scooter Braun and others in that camp have issued Justin an ultimatum.

''You'll hear people today say, 'Oh, he's a young guy, he's making mistakes, he's a young kid.' Scooter and his team, they're all past that. They're past that point with Justin.

New reports which have emerged claim the singer was partying model Chantel Jeffries at club Set till around 3.15am on Thursday (23.01.14) and the blonde beauty was with him when he was stopped by officers.

A source told the New York Post newspaper: ''Justin was sitting at a VIP table in the corner ordering Red Bulls with his friends. He took his shirt off and was sitting there shirtless.

''A group of girls approached the table and he ended up leaving with Chantel, she was in the car with him when he was arrested. She used to date Diddy's son.''

Justin posted $2,500 bail after appearing at a court hearing in Miami, Florida, and is believed to have headed back to Los Angeles.