Scooter Braun: 'Justin Bieber Is Not A Bad Boy Anymore' 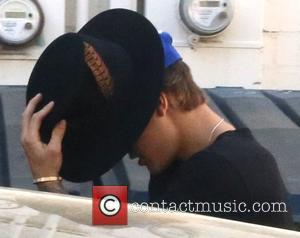 Justin Bieber's manager Scooter Braun is convinced the young pop star has put his wild ways behind him and is finally growing up.

The Baby hitmaker shattered his squeaky clean image in recent years with a series of run-ins with police, reports of nightclub scuffles, and a conviction for vandalism.

He sat down for an interview with U.S. chat show host Ellen DeGeneres last month (Jan15) to insist he is sorry for his childish behaviour, and now Braun has spoken out to back the pop star's image makeover.

Braun tells Complex magazine, "He becomes more and more of a man each day, the challenge for him is learning who he is. He's in such an incredible place right now, and he's excited to share where he is with the world next year. It will shock some people and make others really happy. He's ready to step up and be the man people want him to be, and he got there on his own time, like all of us did.

"Things get overblown, but sometimes he makes mistakes... Sometimes it's frustrating because you think, 'I could've avoided that' or 'I could've helped you get through that,' but then you realise that you are the person you are because you went through it, and they need the opportunity to go through it too... I'm not interested in the mistakes that people make. I'm interested in how they react to them. That's what defines us as adults."

The Hollywood Reporter: Justin Bieber Reveals Will Smith Counsels Him Weekly in Rare ...