Justin Bieber has been defended by Toronto mayor Rob Ford, after he turned himself in at one of the city's police stations yesterday (29.10.14) over the alleged assault of a limousine driver. 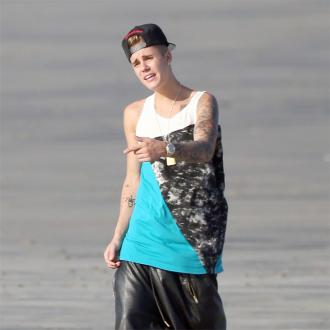 Justin Bieber has been defended by Toronto mayor Rob Ford.

The controversial politician - who last year admitted to smoking crack cocaine - has spoken in favour of the 'Confident' singer after he was charged with assaulting a limousine driver in his city yesterday (29.10.14).

Police allege Justin was one of six people who got in the limo in the early hours of December 30, and there was an altercation while on the way to a hotel where one passenger hit the driver in the back of the head a number of times before running away. Justin's lawyer claims he is innocent.

An arraignment has been set for February 14, but Justin - a native of Canada - is not required to appear.

The singer is now said to be back in his home territory of Ontario, and last night his father, Jeremy, posted a picture of him sleeping alongside his half-brother, Jaxon.

He captioned it: ''Safe and sound. #homesweethome.''

Another source says Justin - who is also facing legal problems in Los Angeles and Miami in the US - is now looking forward to a little downtime and refocussing on his career.

The insider told E! news: ''He's happy to be with family. He's going to spend some time with them and is doing his best to keep focussed and not be distracted. He's learning from the experiences of the past couple of weeks and knows it's time to move on and refocus his attention on work and family.''