Posted in Press Releases on 13 November 2012 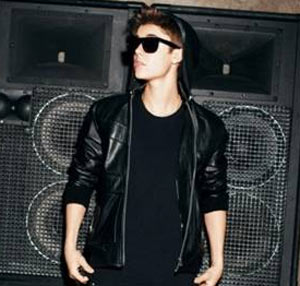 'Call Me Maybe' star Carly Rae Jepsen and Australian Singer Cody Simpson will be heading to Birmingham's NIA next year, to support superstar Justin Bieber on his UK tour. They will be performing at the arena on 27 & 28 February to thousands of screaming fans as part of the 'Believe' tour.

This will be Carly Rae Jepsen's first-ever live UK performance, following the phenomenal success of her catchy track 'Call Me Maybe'. Since being discovered by Bieber and his manager Scott "Scooter" Braun, Jepsen has reached number one in the UK Singles Charts with the disco pop song, which reached over 300 million YouTube views. Recently named as Billboard's Rising Star of 2012, the Canadian singer has been touring with Bieber throughout North America and is now set to thrill fans this side of the Atlantic.

Also opening for Bieber will be Australian teen pop star Cody Simpson. Having collaborated with T-Pain and Flo Rida, the 15-year-old released his long-awaiting debut solo album Paradise earlier this year. With 3.5 million Twitter followers, 3.5 million Facebook Likes, over 150 million YouTube views and his own headline UK tour scheduled for spring 2013, Cody Simpson is quickly shaping up as a true pop phenomenon.

Both stars will appear on the 'Believe' tour, which sees Bieber make a welcomed return to the UK. As one of the most 'Googled' people on the planet, the star has amassed over 3 billion views on YouTube, over 47 million Facebook fans and more than 29 million Twitter followers. Bieber's current album, also called 'Believe', exploded to Number One in 30 countries,  including the UK, USA and Australia. The platinum album's first two singles 'Boyfriend' and 'As Long As You Love Me' feat. Big Sean are both multi-platinum. The 'Believe' World Tour sold out in 45 minutes and is the Number One grossing tour in the world according to Billboard magazine.  His current track 'Beauty And A Beat', which features Nicki Minaj, recently smashed the VEVO record for the most watched music video in 24 hours delivering 10.6 million views. The video is currently at more than 70 million views since its VEVO premiere on 12 October.