Posted in Press Releases on 15 November 2010 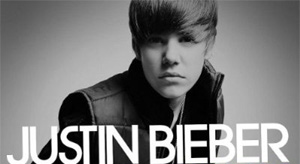 The unstoppable global phenomenon Justin Bieber is set to hit UK shores with his 'My World Tour', this will be the first time the 16-year old singing sensation has toured the UK. Bieber fever is well and truly on its way!

Confirmed dates and cities will be announced by Justin Bieber himself via twitter @justinbieber from today, so get following!

Having recently celebrated 6 MILLION followers, he also boasts nearly 15 MILLION fans on facebook and over a BILLION views on YouTube!

A platinum selling global star, Justin Bieber has fast become a teen icon. His debut single, "One Time", was released worldwide in 2009 and was followed by his debut album, My World which was certified platinum in the US, he was the first ever artist to have seven songs from a debut album chart on the Billboard Hot 100. My World 2.0, was released in March and has spawned the massive top ten singles 'Baby' and Eenie Meenie'. His new album 'My Worlds - The Collection' is out in the UK on 22 November.

Bieber was discovered after posting dozens of homemade videos on YouTube in 2007, putting his impeccable spin on songs from artists like Ne-Yo and Stevie Wonder. He racked up over 10,000,000 views purely from word of mouth and at just 13 years of age, Usher bought him to the attention of Island Records who signed him immediately.