Justin Theroux and Jennifer Aniston thew an engagement party at their Los Angeles home on Sunday (02.12.12), almost four months after getting engaged. 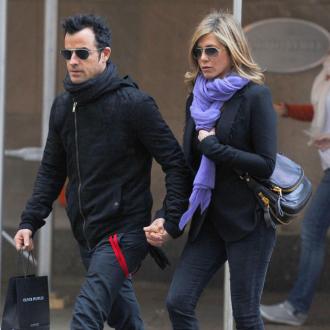 Justin Theroux and Jennifer Aniston threw an engagement party at their Beverly Hills home on Sunday (02.12.12).

Justin popped the question on a romantic dinner date to celebrate his birthday at New York City restaurant Blue Hill in August.

The couple then enjoyed a weekend of private celebrations before Justin's rep announced the news in a gushing statement.

His publicist said ''Justin Theroux had an amazing birthday on Friday, receiving an extraordinary gift when his girlfriend, Jennifer Aniston, accepted his proposal of marriage.''

Jennifer previously admitted the proposal was a complete surprise.

The 43-year-old actress also hit back at critics for suggesting her engagement ring is too big and insisted she loves it despite not selecting it herself.

She said her fiance ''worked with the girls that I have worked with for years and years and years, so he kind of was picking the specialists' brains. He kept it within a very small circle of people. It was one of the sneakiest jobs I've ever seen, actually''.