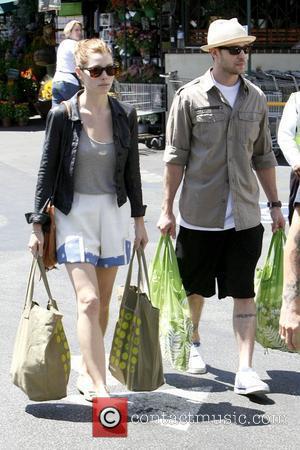 Justin Timberlake and Jessica Biel's wedding may have been a hush-hush affair, though the newlyweds have been reflecting on an "unforgettable" evening in Puglia, Italy. The singer-turned-actor-turned-entrepreneur told People magazine, "It was magical."

The Hollywood couple married at the exclusive Borgo Egnazia resort on Friday (October 19, 2012), which is situated in the Puglia (or Apulia) region of Southern Italy, bordering the Adriatic Sea. The region is home to around 4.1 million inhabitants, with over 1 million living in the capital city of Bari and its surrounding areas. Supported by close friends and family, the pair finally became man and wife after a couple of days of pre-wedding celebrations. On Thursday, the bride and groom hosted a party for guests, with open fires, fresh cheese, local olives and wine. The previous night had seen the guests head to the beach, where they watched fireworks and listened to live music. Biel, 30, simply said, "It was a fantasy," while Timberlake added, "It's great to be married, the ceremony was beautiful and it was so special to be surrounded by our family and friends."

For all the wedding snaps, fans can pick up the latest issue of People magazine, on newsstands Friday (October 26, 2012).