Justin Timberlake Asked To The Ball

Justin Timberlake has been asked to the Marine Corps Ball, by Cpl. Kelsey De Santis after his 'Friends With Benefits' co-star Mila Kunis accepted a similar offer earlier this week. 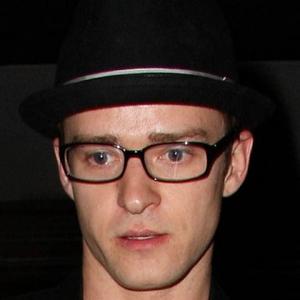 Justin Timberlake has been asked to the Marine Corps Ball.

Following his 'Friends With Benefits' co-star Mila Kunis accepting an offer from Sgt. Scott Moore to accompany him to the event in Greenville, North Carolina, on November 18 - after he posted a video asking her out on YouTube - Moore's fellow Marine has done the same by inviting Justin to the gala in Washington D.C. on November 12.

Cpl. Kelsey De Santis said: "You want to call out my girl Mila, well I'm gonna call you out and ask you to come to the Marine Corps Ball with me on November 12 in Washington D.C. And if you can't go, all I have to say is 'Cry Me a River.'"

Justin is yet to give her an answer but it looks likely he will take her up on the offer as he was the one who persuaded Mila to go to the ball.

After watching Moore's video to Mila, Justin asked her if she was going to accompany him, to which she replied: "I'll go, I'll do it for you. Are you going to come?"

Justin then said: "They don't want me! They want you. You need to do it for your country."