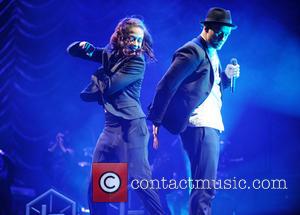 Singer Justin Timberlake has come under fire for using a perceived racial slur while wishing Madonna a happy birthday.

The Suit & Tie hitmaker posted a message to the 56 year old over the weekend (16-17Aug14) reading, "A happiest of Bdays to my mother chucking ninja, @Madonna!! Hope you have a great one, M!"

After spotting the post, fans took to the social media site to blast Timberlake for using the phrase, which reportedly substitutes, "motherf**king n**ga."

One fan wrote, "I knew Justin Timberlake was getting too close for comfort with black culture but now he is saying ninja. #nosir."

Another added, "Get Justin Timberlake the f**k out of here."

Timberlake has since deleted the message.