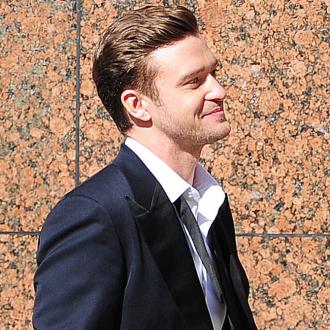 Justin Timberlake celebrated his 32nd birthday with a formal bash.

The 'Suit & Tie' singer - who is gearing up for a series of high profile performances ahead of the release of his third album 'The 20/20 Experience' next month - marked the occasion with a group of close friends and his wife of three months Jessica Biel in Los Angeles the day before his birthday at Varnish, a new speakeasy-style bar, on Wednesday night (30.01.13).

A source told USMagazine.com: ''It was a dress-up occasion. Everyone partied late. A lot of music people in the house were talking about his record. He seemed genuinely excited about it and performing.''

Justin was spotted looking loved up with his actress wife, who he married in Italy in October.

An insider said: ''Justin and Jess looked in love - he was glad to have his crew around him.''

Justin is set to take to the stage for the first time in five years at the Grammy Awards on February 10.

The 'SexyBack' singer - who took a break to focus on his acting career - has also announced his first official comeback concert will take place directly after the ceremony in the Hollywood Palladium.

The 'Friends with Benefits' actor is also appearing at an invite-only pre-Super Bowl charity bash, which will benefit the Shriners Hospitals For Children - hosted by cable company DirectTV, at the DTV Superfan Stadium in New Orleans today (02.02.13).