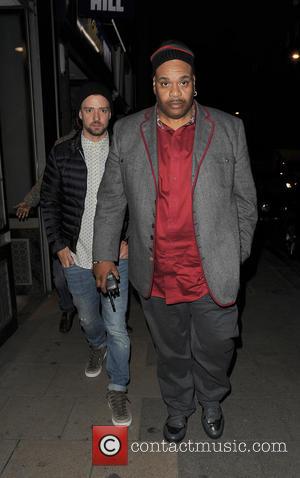 Justin Timberlake, Imagine Dragons Robin Thicke and Jennifer Lopez were among the big winners at the 2014 Billboard Music Awards on Sunday (18May14), each taking home top honours.

The SexyBack hitmaker, who is currently on his world tour, was crowned Top Artist, Top Male Artist and Top Radio Songs Artist, while he also claimed the title for Top Billboard 200 Album for The 20/20 Experience.

Imagine Dragons and Robin Thicke were also multiple winners on the night, while Lorde had double the reason to celebrate as she was named Top New Artist and her hit Royals earned her the Top Rock Song prize.

It was also a big night for Jennifer Lopez, who opened the Las Vegas ceremony by joining Pitbull and Claudia Leitte to perform their official 2014 FIFA World Cup soccer anthem, We Are One (Ole Ola).

She returned to the stage almost three hours later to close the show with her new song First Love as she was feted with the Icon Award by pal Ricky Martin and rapper Iggy Azalea, while video tributes from the likes of Taylor Swift, Keith Urban, Cameron Diaz, Britney Spears, Rihanna and Mary J. Blige were shown on a big screen.

She grew emotional as she gave thanks to her friends, family and key colleagues and she wrapped up her acceptance speech by addressing all the youngsters watching the awards on Tv, telling them, "Have faith, think big, dream big and know that anything is possible. You never know where you might end up. Thank you, I love you."

Another performance which had fans buzzing was the resurrection of Michael Jackson in hologram form. Producers used virtual technology to bring the late King of Pop back to life to sing and dance to new track Slave to the Rhythm in celebration of his new posthumous album, Xscape, much to the delight of the audience.

There was also a pre-taped Birthday surprise from Katy Perry, who recorded a segment from her recent gig in Newcastle, England, where she plucked a real birthday girl from the audience and serenaded her onstage, for the awards show, while footage from Miley Cyrus' concert in Manchester, England last week (14May14), when she sang a cover of the Beatles' Lucy in the Sky with Diamonds with the Flaming Lips' Wayne Coyne and Steven Drozd, also aired.

The main list of winners at the 2014 Billboard Music Awards, presented by rapper Ludacris, is as follows: