The grandfather of Justin Timberlake - who the singer memorably flew a slice of wedding cake over 5,000 miles to when he was too ill to attend Justin's wedding - has died. 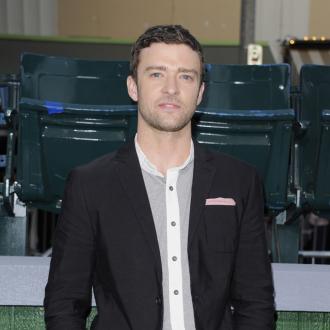 Bill Bomar - who was too ill to travel to Italy for Justin and Jessica Biel's wedding last year - passed away on December 29, after battling heart trouble and dementia for a number of years.

Justin's grandmother Sadie told America's Star magazine: I hate to tell you this but my husband passed away on December 29.

''Justin was very upset. We all are, really.

''He and Jessica were here for the funeral on January 2. He loved his grandfather very much.''

Justin memorably flew a piece of his almond and coconut wedding cake 5,000 miles for his sick grandfather.

Sadie said at the time: ''I couldn't go to the wedding. Justin was heartbroken but I couldn't leave my husband Bill, who is ill in hospital. I'm so sorry I had to miss it but I talked to Justin and Jessie and they understood that I couldn't leave Papa.

''So Justin told me he was making me an album of photos and sending me some cake.''

The newlyweds found the time to call Sadie on their special day, and though she was disappointed they married in Europe, she couldn't be happier about their union.

Sadie added: ''They called me on the day and I congratulated them and told Justin, 'Thank you for giving me this beautiful new granddaughter.'

''It was a shame it wasn't in America but they had more privacy in Italy.''