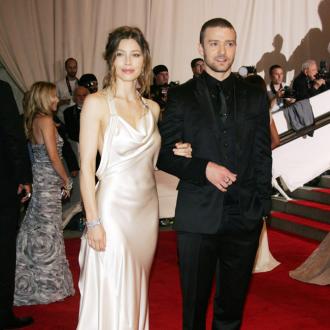 Justin Timberlake and Jessica Biel are honeymooning on safari.

The newlywed couple - who married in front of more than 100 close friends and family at the plush Borgo Egnazia resort in Puglia, Southern Italy, on October 19 - flew by private jet to Tanzania before boarding a helicopter to the Singita Grumeti reserve in the Serengeti Park.

The 31-year-old 'Like I Love You' singer is said to have spent his first few nights as a married man at the luxurious Sasakwa Lodge with his 30-year-old 'Total Recall' star wife, according to the MailOnline.

They are reported to have also stayed at the stunning riverside Faru-Faru Lodges in the same 350,000-acre preserve for a few days before leaving on October 30 by helicopter.

The resort's website reveals that each air-conditioned cottage has a heated infinity-edge pool overlooking ''where the land stretches forever''.

They are rumoured to have then boarded a private plane to a beach side resort for a few days of relaxation before Jessica begins filming her new movie 'The Devil and the Deep Blue Sea'.

Justin is set to make another trip to Africa in the near future because he recently rescheduled a charity trek up Mount Kilimanjaro after being forced to pull out of it in January 2010.

A source said that the singer-turned-actor will join Lupe Fiasco and take part in a star-studded trek up the African peak in the near future.

The source said he will follow in the footsteps of his new wife Jessica by scaling the summit in a bid to bring attention to the problem of unsafe drinking water in developing countries.

The singer previously admitted he was ''bummed'' after work commitments for his movie 'Social Network' forced him to cancel doing the trek alongside 'Total Recall' actress Jessica two years ago.