Justin Timberlake is to perform a dance to 'N Sync's 'It's Gonna Be Me' at his wedding to Jessica Biel, as it is her favourite song by the boy band. 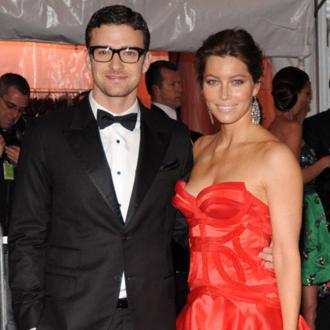 Justin Timberlake it to perform a dance to Jessica Biel's favourite 'N Sync song at their wedding.

The 'Cry Me A River' hitmaker has been rehearsing a surprise routine to his former band's track 'It's Gonna Be Me' with his best man and ushers as he prepares for his nuptials to the 'Total Recall' actress.

A source told The Sun newspaper: ''Justin has been working on this for months. Jessica used to love the track growing up and he wants it as a special treat.

''It will be very much tongue-in-cheek. There will be loads of exaggerated boy band moves and poses. She's going to love it.''

The 30-year-old pop star - who sold more than 50 million albums with 'N Sync - got engaged to Jessica, 30, last December and the pair are tying the knot in Brindisi, southern Italy, this weekend.

Celebrations began earlier this week as guests enjoyed a low-key drinks reception near Naples on Tuesday (16.10.12) and watched a an impressive fireworks display on Wednesday night (17.10.12).

The couple splashed out in order to celebrate their special day with all their friends and family, hiring a private jet to fly guests - including 'Saturday Night Live' comedian Andy Samberg and music producer Timbaland - to Italy for the ceremony.