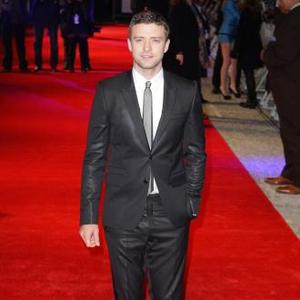 Justin Timberlake is an ''absolute sweetheart,'' according to his first girlfriend.

The singer turned actor has romanced a string of famous women including Cameron Diaz and Britney Spears before getting engaged to Jessica Biel last Christmas, but his first girlfriend was Veronica Finn.

Justin and Veronica met when she was 16 and he was 17 and they were both in groups - she was in girl group Innosense while he was part of boy band *NSYNC - and she remembers the time they spent together fondly.

She told Star magazine: ''He was very special. Our love was unique, and he was an absolute sweetheart.

''I was a 'girl version of Justin,' we hit it off right away. It wasn't typical dating because we both were touring by then. But when we had time together, we went to the movies, to the park or just hung out at each other's house.

''We even vacationed together in the Bahamas.''

Veronica, now 30, keeps a box of mementoes and love letters written by 'The Social Network' star during their year-and-a-half together.

She added: ''Justin loved to express his feelings for me in writing. I've kept a box of mementos from him, including his cards and letters, in my attic for years.''

In one letter Justin describes himself as ''the happiest man alive,'' and finishes the note: ''Damn, I love that girl.''

The young lovers' parted in 1998 when Veronica started to get jealous.

Although she never suspected Justin was unfaithful to her, she said he ''might cheat, even though he loved me. There were a lot of female fans and a lot of temptation out there.''