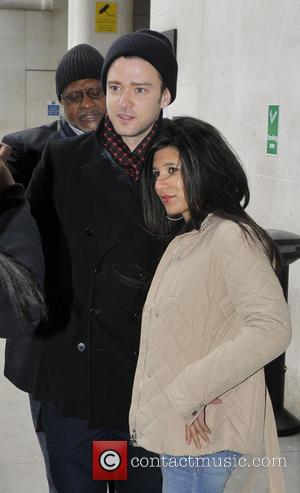 Justin Timberlake isn’t wasting any time with the whole ‘making a massive return to the pop scene’ thing he kicked off with his ‘Suit & Tie single featuring Jay Z. Now, the former ‘N Sync star (remember those days) and the hip-hop master himself have announced that they will co-headline a massive tour, according to Jay Z’s Life and Times blog.

The tour will be entitled Legends of the Summer and in something of an artful PR move, they haven’t announced the dates just yet, but instead posted photos of the 12 stadiums that they’re going to be rocking together. It remains to be seen whether or not the dates will coincide with Beyonce’s massive tour this summer (that’s Jay Z’ wife, for those not in the know), though they’ll have a hard time avoiding it, what with her tour spanning from April to August. Who exactly is going to look after Blue Ivy Carter if mom and dad are both gigging?

Meanwhile, Justin’s wife Jessica Biel (Justin Timberlake’s wife) was spotted rocking out at one of his recent concerts. Unable to contain her excitement, Biel was on her feet dancing, in the video obtained by TMZ. She was waving her arms and you know what? We reckon she knew pretty much all of the words to the songs, too. Props, Jess.