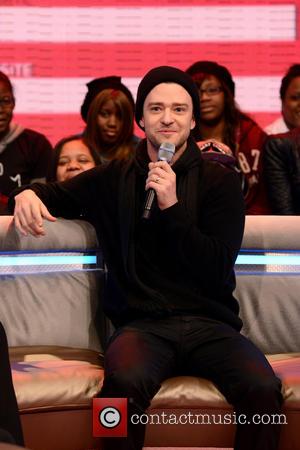 Justin Timberlake, Jay Z, Beyonce and Jamie Foxx were among the A-list stars who celebrated rapper Timbaland's birthday at a casino-themed party in New York City on Thursday (14Mar13).

The superproducer, who turned 41 on 10 March (13), held the big bash at his pal Timberlake's Hell's Kitchen hot spot Southern Hospitality, where he transformed the lower level into a casino with blackjack and roulette games.

Beyonce arrived directly from a rehearsal but proceeded to get down on the dancefloor, while Jay Z and Timberlake were spotted playing craps - with proceeds benefiting Timbaland's charity, the Always Believing Foundation.