Timberlake: 'I Could Have Handled Jackson Wardrobe Malfunction Better' 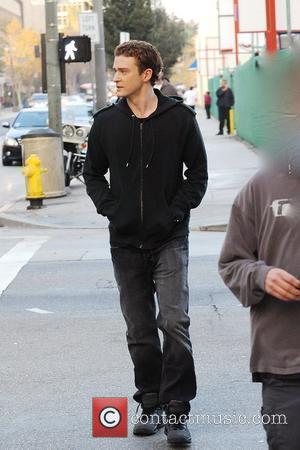 Picture: Justin Timberlake wearing all black, on his way to the set of his new movie 'The Social Network' Los Angeles, California - 03.12.09

Justin Timberlake has come to regret the way he handled Janet Jackson's wardrobe malfunction at the 2004 Super Bowl Half-Time Show, insisting he should have been more supportive.
The Cry Me A River singer was performing onstage with Jackson and ripped open her jacket breast to reveal a naked boob to the world on live TV.
As the scandal of the big reveal escalated, the singer spoke out and confessed he had no idea Jackson intended to go topless - if that, indeed, was her intention.
Timberlake distanced himself from the incident and from Jackson, but now feels he could have handled the controversy and the fall-out from the show a lot better.
He tells Entertainment Weekly magazine, "I wish I had supported Janet more. I am not sorry I apologised, but I wish I had been there more for Janet."