What did DJ Questlove play at Justin Timberlake’s wedding? 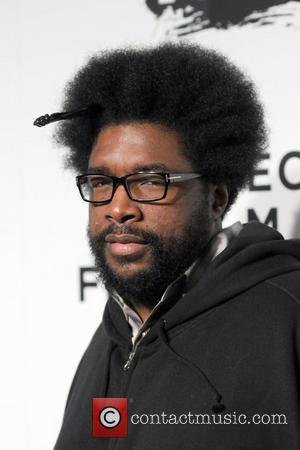 We’re not interested in what Jessica Biel wore at her wedding to Justin Timberlake. Forget the cake, who cares about the bridesmaids dresses? and does anyone really want to know who made the guestlist? No, we here at Contactmusic.com have music matters at heart and want to know who was spinning what at the glitzy Italian reception.

Well, it was The Roots’ drummer Questlove behind the decks, we can tell you that much. The musician will probably end up becoming a wedding DJ at this rate, after also dropping tunes at David Cross and Amber Tamblyn’s wedding celebration this month. Anyway, spies at the wedding – potentially Andy Samberg or Jimmy Fallon – leaked the playlist to US Weekly magazine, revealing that Questlove somehow thought it was a good idea to spin Justin Timberlake’s solo tunes. In fact, the groom actually served as his own wedding singer too, “Justin performed one song at the wedding…It's a new one that he hasn't released yet. He dedicated it to Jessica,” said the insider. Though The Roots’ man dropped some classic Timberlake, he thought it wise not to play N-Sync tunes, which nobody wants at their wedding. Not even if you were part of N-Sync.

Those not able to afford Questlove to DJ at their wedding could take some advice from the man when he begins teaching a course called ‘Classic Albums’ at New York University next Spring.