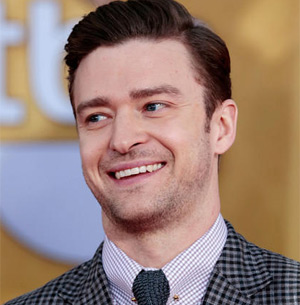 Hot on the heels of a well-received musical return performance at this year's Grammy Awards and his sold-out concert at the Hollywood Palladium in Los Angeles on Sunday night, Justin Timberlake, one of pop culture's most iconic superstars, has announced a similar one-off Post-Brits show at The Forum, London on 20th February 2013. Tickets will go on sale at 9am on Friday 15th February priced at £50 (subject to booking fee).

Justin Timberlake's new single, 'Suit & Tie,' dominated music charts across the globe after its worldwide release at midnight on Sunday 14th January.  With no formal announcement or promotion and only days after hints from Timberlake signaling his return to music, the single was released simultaneously worldwide and reached #1 on the iTunes Singles charts in 31 countries including the United Kingdom, United States, Canada, Sweden, France and Brazil. Justin's highly anticipated album, 'The 20/20 Experience', will be released on 18th March 2013.