Kaiser Chiefs can't wait for their homecoming gig at this year's Leeds Festival because they know the crowd so well. 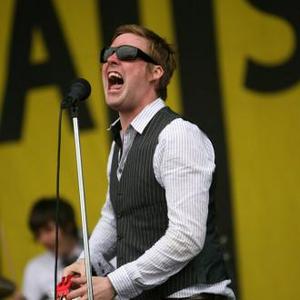 Kaiser Chiefs can't wait for their homecoming gig at this year's Leeds Festival.

The 'I Predict A Riot' rockers - who hail from the northern UK city - are excited about playing the famous festival at the end of August because they know the crowd so well.

Keyboard player Nick 'Peanut' Baines added: ''Yeah you know people down to their individual faces. Its like 'I went to school with him; I used to go down to the pub with him'. It's great.''

The 'Ruby' hitmakers are also eagerly waiting taking to the stage for the first time in Slovenia this festival season.

Frontman Ricky Wilson added: ''The highlights are always doing something new, something for the first time and the fact that we are playing somewhere completely new this summer, despite having been touring for ten years - it's amazing.''

Kaiser Chiefs are supporting XBOX's 'Summer Stadium' campaign which includes a dedicated day where individuals across Europe will be called on to take part in a charity run over Xbox LIVE, with funds donated to the international children's charity Right To Play for every person that takes part. Full details on how to donate and take part can be found at www.xbox.com/right-to-play.