They may play a bunch of socially awkward nerds on screen but The Big Bang Theory team were the popular kids of the party as they scooped three awards at the 2013 Critics' Choice Awards. 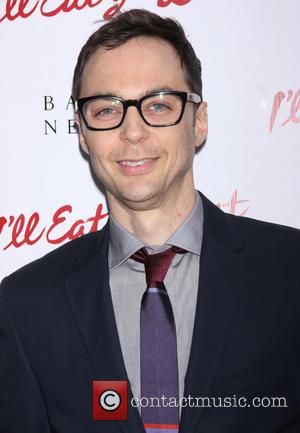 The show centres on a quartet of scientists who work at the same company, tracking the hilarities of their everyday lives including their shortcomings with women and love of comic books and sci-fi.

Cuoco plays Penny - their ditzy waitress neighbour who moves in in the first episode and becomes romantically involved with Leonard (Johnny Galecki), who is the most socially adept of the nerdy friendship group. Helberg plays Howard - a self-professed 'ladies man' who lives with his overbearing Jewish mother until his wife Bernadette (Melissa Rauch) forces him to move out.

Speaking of his delight at starring in an award-winning show, Galecki said that The Big Bang's victory "raises the bar."

Held in L.A, the awards were a glamorous affair as stars arrived in their finest attire at a ceremony that saw Breaking Bad's Bryan Cranston pick up 'Best Actor In A Drama' for the second year and Tatiana Maslany (Orphan Black) win the award for 'Best Actress In A Drama.'

The true winner at the awards was surely cable channel HBO who were the most celebrated network of the evening, with victorious shows including Veep, The Newsroom and Behind The Candelabra - the Liberace biopic starring Matt Damon and Michael Douglas which scooped two awards.

After premiering in 2007, the show has run for six seasons and The Big Bang Theory gang will return for a seventh season this September (2013).