Tributes flood in for James Garner

Kaley Cuoco and John Stamos have led tributes to late actor James Garner, who passed away from natural causes yesterday (19.07.14). 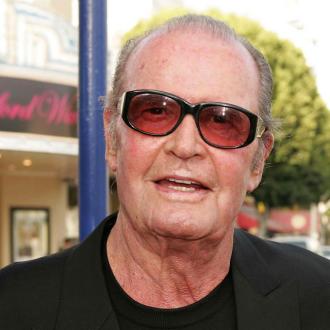 Kaley Cuoco and John Stamos have led tributes to James Garner, who passed away yesterday (19.07.14).

The 'Big Bang Theory' actress starred alongside the veteran actor in TV series '8 Simple Rules' for five years and was saddened to hear of his death from a heart attack at his Los Angeles home.

She wrote on Twitter: ''I say this with a heavy broken heart. Was an honor working beside u receiving ur bear hugs every day. Love u Grampa Jim.''

Former 'Full House' star John Stamos also weighed in with a tribute, tweeting: ''James Garner falls under the heading of, 'They don't make em like they used to' You were the f***ing coolest. R.I.P my friend.''

Former 'Star Trek' actor William Shatner also had some kind words for 'The Rockford Files' actor, saying: ''Sending thoughts and prayers to the family of James Garner this morning.''

Oscar nominee James' best known movie roles were as a card sharp in wild west film 'Maverick' and he later appeared in 2004's 'The Notebook'.

Director Ron Howard, who worked with him on 1966 movie 'Grand Prix', said James was ''admired by all who knew him,'' adding: ''When starring in Grand Prix the people around Formula 1 said he had the talent to be a pro driver.''

Clint Eastwood has previously credited James' TV work with helping get his own career off the ground, saying he ''opened the door for people like Steve McQueen and myself.''