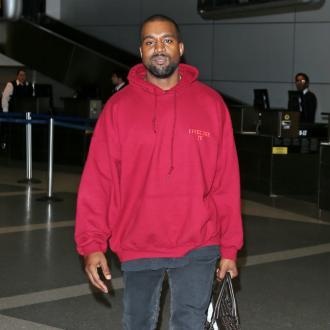 The 39-year-old rapper has decided to add a further 23 gigs, which will see him play to the masses right the way up until New Year's Eve (31.12.16), to his musical journey around the world ahead of the end of his first leg at the end of this month.

The new dates will see the 'Bound 2' hitmaker start in San Jose, California, on November 17, before finishing up in Brooklyn, New York, on December 30 and 31.

However, all of the additional dates are solely in North America, which means anyone wanting to see the rapper elsewhere will have to wait patiently until next year as there are no plans at the moment to add more dates around the world.

The second leg of the tour - which sees the 'Famous' rapper perform on a floating stage that projects light and hovers above the crowd - will also include the rescheduled dates in Philadelphia and Detroit, after the star was forced to postpone the shows when his wife Kim Kardashian West was robbed at gunpoint in Paris, France, earlier this month.

Many of the cities Kanye is hitting this time around are ones he visited during his first leg, so those who didn't manage to get a ticket have a second chance this time.

The announcement comes after Kanye's 'Father Stretch My Hands Pt. 1' single shot to the top spot of Billboard's R&B/Hip Hop Airplay chart, marking his 12th number one on the chart.