Kanye West And Kim Kardashian Named Among World's Most Influential

Kanye West, Kim Kardashian, Taylor Swift, Bradley Cooper And Emma Watson Have Been Named Among Time Magazine's 100 Most Influential People In The World. 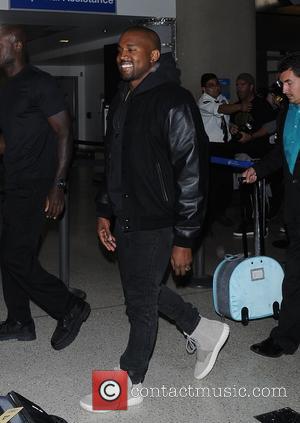 West and Cooper feature on two of the five covers of the annual Time 100 issue, while others stars featured in the list include Reese Witherspoon, Julianne Moore, actor Chris Pratt and country singer Tim MCGraw.

Entrepreneur Elon Musk has penned an essay on West for the issue, writing, "In his debut album, over a decade ago, Kanye issued what amounted to a social critique and a call to arms (with a beat): 'We rappers is role models: we rap, we don't think.' But Kanye does think. Constantly. About everything. And he wants everybody else to do the same: to engage, question, push boundaries. Now that he's a pop-culture juggernaut, he has the platform to achieve just that. He's not afraid of being judged or ridiculed in the process. Kanye's been playing the long game all along, and we're only just beginning to see why."

Kardashian is praised by lifestyle guru Martha Stewart, who writes, "Beautiful in an exotic, totally exaggerated way, Kim exudes energy, sexuality, drama, determination, impetuousness and happiness. But she and her famous, entrepreneurial siblings - shepherded by a savvy, tireless matriarch - have also expanded the very definition of family."