Kanye West has become one of Rob Kardashian's ''biggest cheerleaders'' and has reached out to support his depressed brother-in-law even though his wife Kim Kardashian recently admitted she is frustrated by her brother. 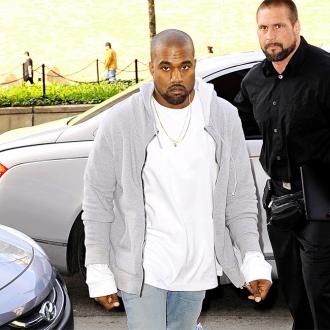 Kanye West has become one of Rob Kardashian's ''biggest cheerleaders.''

The 37-year-old rapper, who is married to the sock designer's sister Kim Kardashian West, has started reaching out to support his brother-in-law, who has been battling depression for more than a year, even though his wife recently admitted she was frustrated by Rob's approach to his problems.

A source said: ''The whole family is pulling for him. Even [Kanye West] has been reaching out to him more and showing he cares. They are all his biggest cheerleaders right now.''

Meanwhile, the 27-year-old star, who has gained 75 pounds, is ''feeling great,'' as he recently started seeing a therapist, exercising and eliminating junk food from his diet.

The source told E! News that the 'Keeping Up with the Kardashians' star credits his sister, Khloé Kardashian, for motivating him to get his life back on track.

The insider said: ''He hates being big, but he gained all that weight from being depressed. He wants to lose over 50 lbs.

Rob and Khloé are also helping each other move on after her split from estranged husband Lamar Odom in December, who he was also very close friends with.

The source said: ''Rob and Khloé have always been tight. And Khloé has been there 100 percent for Rob since he's been going through hard times. Also, Rob and [Lamar Odom] were really close, and after Khloé and Lamar split, it was so hard for Rob. He felt like he lost a brother that he had always wanted. Khloé knows how depressed he's been and is probably closer with him than any of her sisters.''