Kanye West will appear on Jimmy Kimmel's talk show this Wednesday, as they face each other for the first time since their feud began. 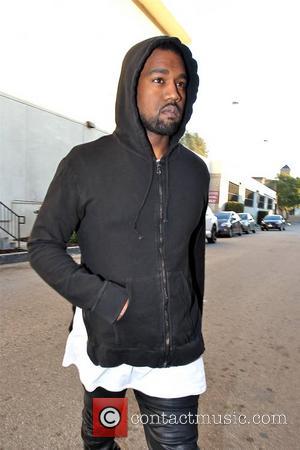 Kanye West and television talk show host will face each other for the first time since their feud began.

Their feud started over a series of tweets by the the hip-hop star, criticising Kimmel for airing a spoof of West's recent interview with BBC Radio 1's Zane Lowe.

The spoof poked fun at West for claiming he was the "No.1 rock star in the world" as well as expressing that he is tired of getting knocked down from fashion labels across the globe.

The interview made its way into discussion on the late night talk show with Kimmel branding it "weird" as he asked the audience "Does Kanye West know he's not supposed to be his own hype man?", before playing a parody of the interview where a child drinking a milkshake portrayed the role of Mr West.

The skit was named 'Kimmel Kid (re)Kreation' and it eventually drew the attention of the 36 year-old who didn't seem to find it very funny.

The 'Yeezus' recording artist took to twitter to ignite a series of insults aimed at Kimmel, several of the posts read; "Jimmy Kimmel IS OUT OF LINE TO TRY AND SPOOF IN ANY WAY THE FIRST PIECE OF HONEST MEDIA IN YEARS".

Adding, "YOU CAN'T PUT YOURSELF IN MY SHOES. YOUR FACE LOOKS CRAZY. IS THAT FUNNY? OR IF I HAD A KID SAY IT WOULD IT BE FUNNY???".

The self-proclaimed "No.1 rock star" also took a swipe at Kimmel's personal life by tweeting about his ex-girlfriend, "SARAH SILVERMAN IS A THOUSAND TIMES FUNNIER THAN YOU AND THE WHOLE WORLD KNOWS IT!!!"

The 45 year-old TV host addressed the situation at the start of his show on September 26th. In the opening segment Kimmel told the audience that Kanye had just called him an hour and a half before the show aired.

"He is very angry because of a bit we aired this week," Kimmel said."He gave an interview to the BBC, and we had a kid actor take the words and re-enact it. We just had the kid say the stuff Kanye said. And apparently this upset him."

The irritated rapper also told Kimmel that he demands a public apology as his life would be "much better" if he did. Kimmel finished the monologue by announcing, "Finally I'm in a rap feud". Jimmy KImmel seemed happy to be in a "rap feud"