Kanye West used his appearance on the Jimmy Kimmel show to moan about his terrible life. 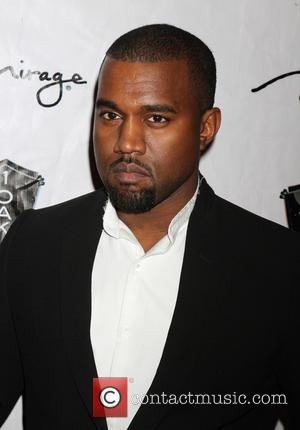 Kanye West's feud with Jimmy Kimmel came to a head on the host's ABC Live show on Wednesday (October 9, 2013), though it sort of fizzled out with a couple of indignant Kanye soundbytes.

We don't need to go through this again. Anticipation had built for the pair's meeting after Kimmel's now infamous mocking of Kanye's now infamous interview with Radio 1's Zane Lowe.

In the end, Kimmel admitted that he'd only watched a little of West's interview - in which he called himself a fashion designer above a musician and dubbed himself the biggest star on the planet - before filming the sketch. "I think some people read into it differently - that we were positioning you as a child, which was not the case," Kimmel explained in front of a blank staring Kanye.

Attention soon turned to West's concerns about press intrusion, sort of justifying his Twitter rant at Kimmel by claiming it was the product of stress of the paparazzi. "This is the one person I know, so I can go and let out everything that I feel about every single bogus Weekly cover. Every single bogus skit ... Every person who feels it's OK to treat celebrities like zoo animals," he said.

"Don't ask me a question about something you saw in the tabloids. Don't try to antagonize me. Because you know what - it's not safe for you in this zoo," he warned Kimmel.

West has been one of the most popular hip-hip stars for the past decade, though his fame moved to the next level a couple of years ago after he began dating Kim Kardashian: the reality star who actively courts publicity to keep her family's machine running.

A woman who rose to fame on the back of a tape made with Ray J before capitalizing on its success by inviting the cameras into her personal life for reality series Keeping up with the Kardashians.

The fact of the matter is that if the paparazzi, gossip websites and reality shows ceased to exist, Kim, Khloe and Kourtney wouldn't be famous and Kanye probably needs to remember that.

The Kardashian PR machine is powered by the matriarch Kris Jenner, whose net worth is estimated at $20 million. Kanye made an appearance on her short-lived talk show and showed millions of people a picture of his new-born daughter North. Press hating Kanye. That's the guy. Kanye West Heading To The Gym