Kanye West says Kim Kardashian is his ''joy'' and he isn't bothered whether being with her ruins his reputation of a rapper because she's ''worth it''. 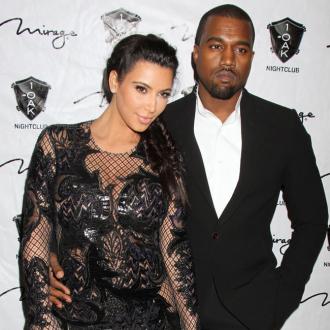 The 36-year-old star insists the reality TV star and their baby daughter North - born in June - are the love of his life and he isn't bothered if gushing over his new family ruins his image of a rapper because they're ''worth it''.

Speaking to Kim's mother, Kris Jenner' on her talkshow 'Kris', he said: ''I could have people say, 'This is going to damage your credibility as an artist or designer.' And I say, you know, I don't care, I love this woman.

Speaking about his grandfather Portwood Williams, Sr., who died on August 10, Kanye added: ''His whole thing was about joy, having joy in his life. [Kim is] my joy. She brought my new joy into the world.''

The 'Black Skinhead' hitmaker also claimed his new family have helped him come to grips with the death of his beloved mother, Donda - who died of complications from cosmetic surgery involving abdominoplasty and breast reduction - because they gave him something to live for.