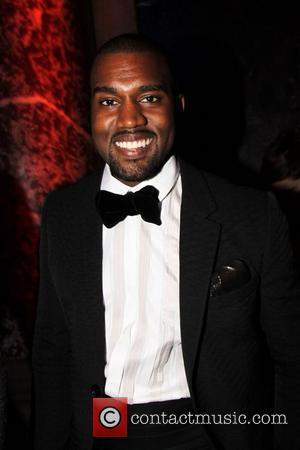 Kanye West will make his live return to the MTV Video Music Awards at the Barclays Center in Brooklyn, New York on August 25, 2013.

The hip-hop superstar first hit the VMA stage in 2004, playing a medley of singles from his debut album The College Dropout including Jesus Walks, All Falls Down and Through the Wire.

It was his strongest performance to date, though a live rendition of Black Skinhead later this month remains an exciting prospect.

His last performance came in 2011 when he and Jay-Z performed 'Otis' from their collaborative Watch the Throne effort, though two years earlier West had stormed the stage while Taylor Swift was (trying) to collect her award for Best Female Video at the 2009 event, proclaiming that Beyonce should have won instead.

Elsewhere on this year's bill, Lady Gaga will perform her new single from album ARTPOP, and Robin Thicke, Justin Timberlake, Macklemore and Miley Cyrus should all be in attendance. Both Timberlake and Macklemore lead the nominations with six nods each and will go head-to-head in the Video of the Year category for 'Mirrors' and 'Thrift Shop.'

You will determine who takes home the prizes on August 25, 2013, by voting at VMA.MTV.com. Kanye West At The Victoria's Secret Show in 2011