Kanye West Parties With Nas and Jay-Z At Birthday Bash

Kanye West invited showbiz pals including Jay-Z, Beyonce and Nas out to dinner in New York to celebrate his 36th birthday, while pregnant girlfriend Kim Kardashian stayed behind at home. 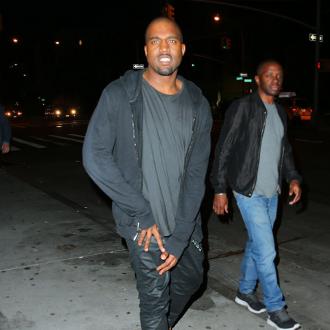 The rapper hosted a lavish dinner at Miss Lily's Jamaican restaurant in New York on Saturday (08.06.13), where guests included Jay-Z, Beyonce and hip-hop star Nas, while his heavily pregnant girlfriend Kim stayed behind in Los Angeles.

Kim, 32, made sure she was still present in spirit, however, tweeting earlier in the day: ''Happy Birthday to my best friend, the love of my life, my soul!!!! I love you beyond words!''

The tender message was accompanied by a collage of six of the pair's happiest moments.

Kanye had to celebrate his birthday in New York because he was due to take to the stage at the Governor's Ball alongside Kings Of Leon on the Sunday (09.06.13).

The couple - who have been dating since 2012 - are expecting their first child, a baby girl, in July.