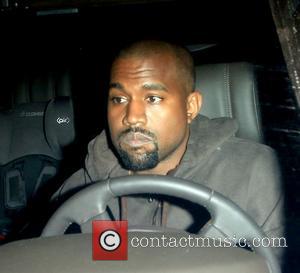 The hip-hop star sports a completely shaved style, but apparently it's harder to maintain than it looks.

Rihanna's father Ronald Fenty has seen firsthand how much care goes into Kanye's look, as he joined the two stars when they played shows together in 2010.

"It's crazy - Kanye gets a haircut every day," Ronald laughed to Britain's Heat magazine. "He pays his barber $500 a time. I don't understand how that much hair gets taken off. Kanye just loves the fresh look."

The rapper doesn't let just anyone come at him with the clippers though - in fact, there is only one guy he trusts enough to tend to his tresses.

Ibn Jasper has been styling the star's hair for over 20 years, with the pair meeting when Kanye still lived in Chicago, Illinois.

Even now he still turns to Ibn for help, with the barber believing it's because of the "orange hat period" Kanye went through when he was first based in New York City in 2003.

"Whenever he was (pictured) wearing that orange hat, it meant he'd gotten a f**ked up cut in NYC," Ibn laughed. "He asked me to move to NYC and I told him, 'When you can pay me what I make in the shop, then I'll move.'"

This shouldn't come as too much of a surprise, as Kanye's love of fashion and beauty is renowned. He has his own line and is known for helping dress his wife Kim Kardashian, famously seen throwing out much of her wardrobe when they first got together in an episode of Keeping Up with the Kardashians.

"I'm not trying to particularly give a design opinion," he told Vanity Fair magazine in September (15). "I have friends who are designers who are so amazingly prolific that if I was even to try to step into that territory, I'd be completely crushed. But there's something about the way clothes fit and feel and the emotion that they give you and the details of them that I've been passionate about and addicted to since I was five years old."