Kanye West To To Record Album Of Animal Noises

Kanye West wants to make an album composed of animal noises after experimenting with them on his album with Jay-Z titled 'Watch The Throne'. 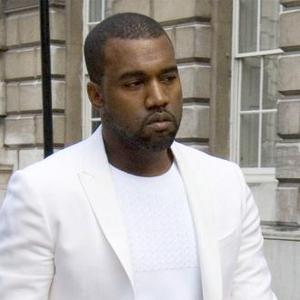 The rapper, 35, experimented with them on his album with Jay-Z titled 'Watch The Throne'.

However he wants to take The Sounds further by developing them into an entire record.

A source told The Sun newspaper: ''Kanye's telling mates this is his next ingenious plan.

''He's become so obsessed with roars, barks and jungle noises that he's experimenting with putting them on a recording.''

The musician was recently burgled while in the UK promoting his work.

Police were called to the 'Stronger' rapper's home in Los Angeles last week (13.06.12) by one of his entourage, who is staying there while he is on tour in the UK.

According to TMZ.com there was ''evidence the thieves dropped some of Kanye's possessions on the way out.''

It is not known what, if anything, was taken from the house while he was performing in Birmingham, England as part of his tour.

A Los Angeles Police Department spokesperson said: ''I can confirm there was a burglary.''

Officer Bruce Borihahn added to the Los Angeles Times newspaper the attempted burglary took place at around 6:30am at the rapper's home on Fareholm Drive.