Kanye West claimed people treat him ''like Hitler'' during a long onstage rant during his headline show at The Big Chill festival on Saturday (06.08.11). 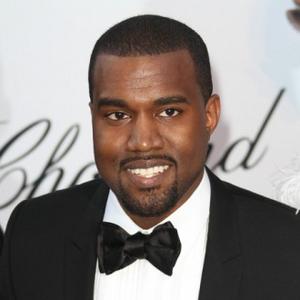 Kanye West claimed people treat him "like Hitler" during his headline show at The Big Chill festival on Saturday (06.08.11).

The 'Monster' hitmaker started his set - his only UK date of the summer - late and later spent ten minutes venting his anger after struggling with vocal problems.

He told the crowd: "This is my most important gig of the summer - but I'm really frustrated. I only have half of my voice. I just want things to be right. This is the reason we started half an hour late.

"There is so much bull***t going on in the music industry right now. Someone needs to make a difference. People treat me like Hitler."

Fans reacted angrily and booed the singer, although he managed to raise spirits by playing hits including 'All Fall Down', 'Jesus Walks', 'Love Lockdown', 'Touch The Sky' and 'Gold Digger' during his two hour set.

He also paid tribute to Amy Winehouse - who died unexpectedly on July 23 - by playing her hits 'Tears dry on Their Own' and 'Back to Black' to fans and referring to her as "beautiful Queen Amy".

Before the festival Kanye had reportedly requested "20 locally sourced ballet dancers" and a raised area so he could "crowd surf in safety".

Other acts to appear at The Big Chill, in Hertfordshire, Southern England, included Jessie J, Calvin Harris Metronomy and 2manydjs.