Quote: "If he comes up with a story and if he wants to go forward and do another one, Steven (Spielberg) says he's completely on board and wants to do it. I certainly would want to do it, and I know Harrison (Ford) would love to do it. We just have to wait for George to get his act together." Actress Karen Allen reveals the leading men behind the Indiana Jones franchise are waiting for George Lucas to come up with a new script for a fifth film.

Fact: Raiders of the Lost Ark star Karen Allen is heading to New York to star in upcoming Off-Broadway production A Summer Day. The actress will take the stage at the Cherry Lane Theatre for her debut performance on 10 October (12). The show marks the American premiere of Norwegian playwright Jon Fosse's work.

Quote: "I've been promised a scarf." Harrison Ford is looking forward to his winter treat from INDIANA JONES + THE KINGDOM OF THE CRYSTAL SKULL co-star Karen Allen, who runs a knitwear business in Massachusetts when she isn't acting.

Quote: "Anybody who saw RAIDERS (OF THE LOST ARK) is in love with Karen Allen. I feel that way, my dad feels that way, a lot of the crew feels that way. You come to the set and you're fighting with other guys over Karen's attention!" SHIA LaBEOUF is smitten with INDIANA JONES AND THE KINGDOM OF THE CRYSTAL SKULL co-star KAREN ALLEN.

Quote: "His wife, Kate Capshaw, had just bought a lot of my knitwear for Christmas presents. I thought he was going to tell me he loved the presents!" Actress Karen Allen thought Steven Spielberg's INDIANA JONES casting call was just a personal thank-you. 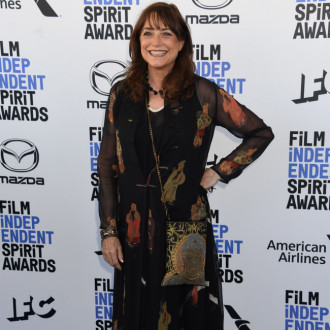