British model Karen Elson has revealed she is set to publish her autobiography in October.

Karen Elson is set to publish her autobiography in October.

The 41-year-old model has taken to her Instagram account to reveal plans to release a book later this year, saying she feels ''proud and excited'' about the project.

Karen wrote on the photo-sharing platform: ''I've been holding onto a secret for quite sometime and I can finally let the cat out of the bag.

My first book The Red Flame will be released by @rizzolibooks in October of 2020. To say I'm proud and excited is an understatement! Along with pages of iconic imagery from the past 25 years, I wrote my implausible story of a quirky Northern English girl and my tumultuous journey into fashion. I deep sea dive into my past as a model and talk about some hard truths along the way. (sic)''

Karen has expressed her gratitude to the people who have helped her with the book.

She also teased that she has some ''exciting details'' to share in the coming weeks and months.

The model - who was married to musician Jack White from 2005 until 2013 - explained: ''I am eternally grateful to everyone who sparked the flame and helped bring this book to life. It's not lost on me at all.

''The process has been an absolute labor of love.

''I have much more to share but have to save some exciting details for later. (sic)'' 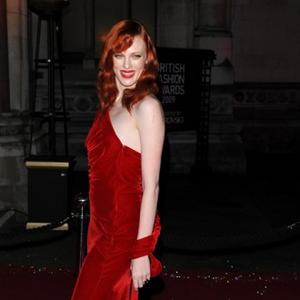