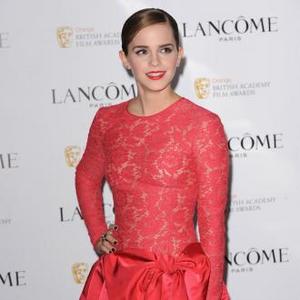 The 'Harry Potter' actress was thrilled with the ''beautiful'' gift from the CHANEL designer because it was clear he had put a lot of thought into what he could give her to mark her special day.

Emma said: ''It was the most Beautiful Thing I've ever seen. It's actually my dad who's the fly-fisher in the family but what was so sweet was that Karl had obviously done some research, seen that I'd once donated to the Wild Trout Trust or something similar and thought this was something I would ove.

''I've never used it, but it's such a beautiful object - one of the best things I've ever been sent.''

Because of her work, Emma, 22, admits she has to work hard to sustain her friendships but says whenever she does get time to catch up with her loved ones it is like she has never been away.

She told Britain's Glamour magazine: ''You have to work to maintain relationships when you're constantly away, but when my best friends and I get together it doesn't feel like a day has passed.''