Karl Lagerfeld will design four capsule collections for shoe brand Melissa, which is famed for only using recyclable plastic. 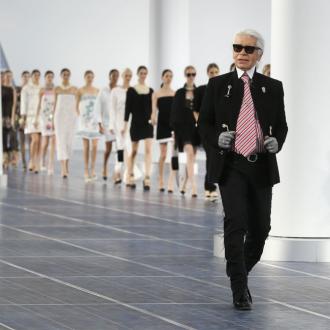 Karl Lagerfeld is teaming up with shoe company Melissa.

Chanel's creative director has signed up to design four seasons' worth of enviable footwear for the brand, which is best known for its fashionable jelly shoes.

Paulo Pedo, CEO of Melissa Shoes, told WWD that it was ''one of the most exciting collaborations the company has ever seen.''

The shoes will be unveiled to the public in March and available to buy from next autumn. Karl's first capsule collection will be tailored to autumn/winter 2013 trends.

Melissa footwear is no stranger to collaborations, having previously teamed up with iconic designers Vivienne Westwood, Jean Paul Gaultier and Gareth Pugh, as well as Victoria's Secret model Alessandra Ambrosio.

The shoes are made of 100 per cent recyclable plastic and have been spotted on the likes of Anne Hathaway, Kate Moss and Katy Perry.

Eccentric designer Karl is also thought to be collaborating with rapper Kanye West - who owns ready-to-wear line, Dw Kanye West - after the pair were overheard at a New York business lunch plotting ideas for a new clothing line.

The 79-year-old fashion maestro is showing no signs of slowing down and recently said: ''Why should I stop working? If I do, I'll die and it'll all be finished... I would be stupid to stop that. Work is making a living out of being bored.''