Karl Lagerfeld would not like to have an ugly child because he is worried it would be ''difficult''. 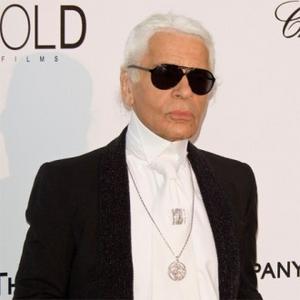 Karl Lagerfeld would not like to have an "ugly daughter".

The German-born designer does not have any children of his own, but is concerned if he did he would find it "difficult" if they were not aesthetically pleasing.

He said: "It would have been difficult to have an ugly daughter. The care you take in your children gives a balance to your life. I think it accentuates your talent. If I were a woman, I would love to have lots of kids. But for men, I don't believe in it."

Speaking in conversation published in Interview magazine between Karl and former French Vogue editor Carine Roitfeld, she confessed her relationship with Mario Testino has helped her learn English better.

She said: "I helped him understand what a woman is, how she closes her legs, how she feels on high heels, how she wants to pull at her T-shirt and skirt.

"And Mario taught me to speak better English, which I was doing badly at the time. He also gave me confidence. When you have confidence, when you feel loved by people, you can tell them the truth. It's important that I can say the photo isn't beautiful or the photo shoot sucks."