Almost Human is set to air on Sunday and Monday (17th and 18th November) in a special two night event. The Fox series has received largely positive reviews from critics ahead of the series premiere.

The series is set 35 years in the future and concerns the working relationship between human and android police officers. Set in Los Angeles, the series follows detective John Kennex played by Karl Urban who dislikes working with androids. He is forced to work with Dorian (Michael Ealy) and the first series will focus on Kennex's reconciliation with the nature of his new partner.

Urban is best known for his roles in The Lord of the Rings and Star Trek, whilst Ealy has appeared in Underworld Awakening and Seven Pounds. The two are supported by such actors as Lili Taylor (The Conjuring), MacKenzie Crook (Game of Thrones) and Michael Irby (The Unit).

Urban's acting has been highly praised. Lori Rackl of the Chicago Sun-Times said "Urban is the main draw as an emotionally and physically damaged detective in Fox's sci-fi police procedural with a heavy "Fringe" pedigree."

One aspect of the show which has been criticised is its lack of originality. USA Today's critic Robert Bianco wrote there is an "odd feeling that you've seen it all before," whilst THR's critic, Tim Goodman, compared Almost Human to "Blade Runner."

Almost Human premieres on 17th November at 8pm on Fox. 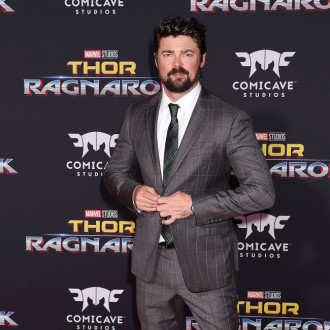