Karl Urban has revealed he thinks J.J. Abrams will return to direct the 'Star Trek' sequel. 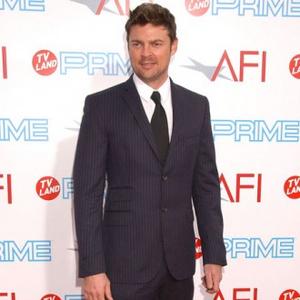 The 38-year-old actor will reprise his role as nervous doctor Leonard 'Bones' McCoy in the follow up to 2009's 'Star Trek' and revealed he hopes the director will also return because shooting the original movie was so enjoyable.

He explained: "I'm hearing we will start shooting in September or November this year. I certainly hope J.J. will be back. He's a phenomenal director and we had such a great time working with him on the first one so fingers crossed."

Along with working on the 'Star Trek' sequel, the New Zealand-born star has recently completed filming on the remake of 'Judge Dredd' and admitted he us "quietly excited" about it.

He told Collider.com: "We had a really good shoot and from what I've seen I'm quietly excited about it. John Wagner ('Judge Dredd' co-creator) came on set and he was really happy with it so that's a good sign."

Karl has previously claimed his portrayal of the iconic comic book character will be "much darker" than Sylvester Stallone's interpretation.

He explained: "I think somewhere along the line Stallone's film was a missed opportunity. As soon as he took his Helmet off the Enigma was blown. Our film is going to be darker in tone, and we've got the benefit of modern filmmaking and technology to help us."