Karyn Kusama has suggested that her upcoming take on 'Dracula' will be more ''faithful'' to Bram Stoker's story than other adaptations. 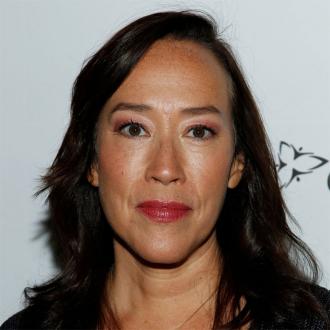 Karyn Kusama has hinted that her adaptation of Dracula will be ''faithful'' to Bram Stoker's original novel.

The 52-year-old filmmaker is helming a new take on the legendary vampire tale for Blumhouse Productions and has suggested that her flick will not present Count Dracula as a ''romantic hero'', adding that the original story doesn't just focus on the titular character.

''I think something that gets overlooked in the adaptations of 'Dracula' in the past is the idea of multiple voices. In fact, the book is filled with different points of view. And the one point of view we don't get access to, and all the most adaptations give access to, is Dracula himself.

''So I would just say in some respect, this is going to be an adaptation called 'Dracula', but it's perhaps not the same kind of romantic hero that we've seen in the past ... in past interpretations of 'Dracula'.''

It was revealed earlier this year that Karyn would be helming the re-imagining of the 1897 Gothic horror book for Jason Blum's studio, which is famous in the horror genre for movies such as 'Paranormal Activity', 'Get Out', 'Insidious', 'Sinister' and 'The Invisible Man'.

It was been suggested that the new 'Dracula' story, which is being penned by Phil Hay and Matt Manfredi, could take place in a modern setting.

The flick is expected to be distributed by Universal Studios, who released arguably the most famous 'Dracula' movie of all time in 1931 with Bela Lugosi giving a revered performance as Count Dracula.

It was one of the Universal Monster movies with which Universal Studios made its name beginning in the 1920s with Lon Chaney's 'The Hunchback of Notre Dame' and 'The Phantom of the Opera'.

The creature features continued to be popular with audiences for the next three decades with 'Frankenstein', 'The Mummy', 'The Wolf Man' and 'Creature from the Black Lagoon' all being major hits whilst making household names of Lugosi, Lon Chaney Jr. and Boris Karloff.