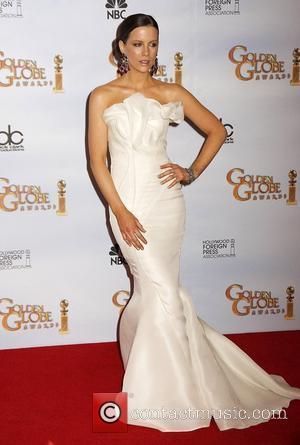 British actress Kate Beckinsale was so weak with hunger on the set of blockbuster Pearl Harbor she battled dizziness on set.
Then a new mum, the star felt great about her shape after losing her baby weight prior to the costume fitting for the 2001 film, but was told she was too fat for the movie.
She recalls, "I remember going to the fitting and trying on a few swimsuits for a scene... I felt fairly triumphant.
"(The costume designer) literally went grey in the face and said, 'Do you want me to tell you how long you've got before this scene is shot?'
"By the time I arrived back at my hotel, I'd been faxed an incredibly rigorous gym schedule and a diet."
The actress tells America's Self magazine she tried to stick to the diet until she started feeling faint on set - and then she discovered she wasn't the only star struggling to get thin.
She adds, "Thank God for Ben Affleck! He was so candid about the producers doing the exact same thing to him.
"Once I realised it was happening to the boys, too... I was able to put it in perspective."