Kate Beckinsale is afraid to have another child because her daughter Lily turned out so well, she is afraid she won't be so lucky again. 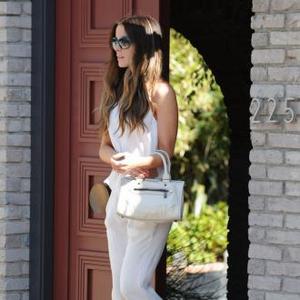 Kate Beckinsale feels lucky that her daughter isn't ''f***ed up''.

The 'Total Recall' actress has 13-year-old Lily with former partner Michael Sheen and although she would love a child with husband Len Wiseman, Kate worries other kids wouldn't deal so well with her complicated domestic situation.

She told the UK edition of Glamour magazine: ''I go back and forth on [the idea of more kids]. I feel very lucky in that we navigated a pretty bumpy situation and Lily's OK. So my resistance is along The Lines of 'Do I want to upset the apple cart?'

''Given that I feel we did get away with it, and she's not an incredibly f***ed-up kid, despite a lot of upheaval - London to LA, different schools, a stepdad, met several girlfriends of Michael's - part of me goes, 'Hmm, I don't know whether that would be more than my share of luck to make that work as well.' ''

However, the 38-year-old actress has admitted time is running out and she may soon not have a choice.

She said: ''At some point the decision will be made for me, when my ovaries dry up and die. We'll see. There's nothing that makes me go, 'And now I must have triplets'.''