Kate Beckinsale will play the female lead in 'Contraband', a remake of Icelandic film 'Reykjavik-Rotterdam'. 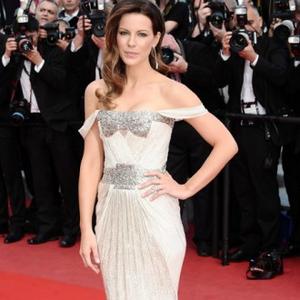 Kate Beckinsale has signed up to star in 'Contraband'.

The British actress will star alongside Mark Wahlberg - who is also producing the movie - on the project, a remake of foreign language film 'Reykjavik-Rotterdam'.

The story focuses on a former smuggler who becomes a security guard, but who is lured back to his old job when he finds himself in financial trouble.

Baltasar Kormakur will direct the project, which has been adapted from the original by Aaron Guzikowski, Latino Review reports.

'Reykjavik-Rotterdam' was Iceland's submission for the Best Foreign Language Film Oscar in 2008, although it missed out on the final shortlist.

No start date or expected release schedule has been confirmed for 'Contraband'.

Beckinsale, 37, has seen her career go quiet in recent years following successful turns in 'The Aviator' alongside Leonardo DiCaprio and the 'Underworld' franchise.

She most recently starred in 2009's 'Everybody's Fine' alongside Robert De Niro and Drew Barrymore and will next be seen in 'The Trials of Cate McCullogh', in which she plays the titular character.