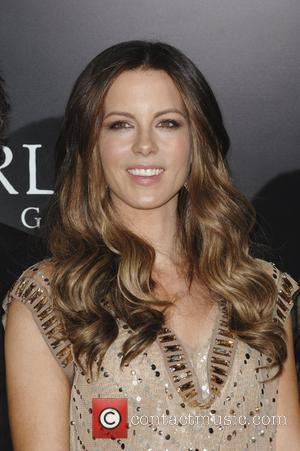 Despite receiving a lukewarm critical response, Kate Beckinsale 's latest Underworld movie - Underworld: Awakening - has topped the U.S. Box office charts. According to Bbc News today (January 23, 2012), the film grossed $25.4 million in its first weekend of sales. The president of Sony's worldwide distribution company, Rory Bruer is quoted in the article, acknowledging that Beckinsale is to be credited for the film's success: "She is such a force. Her character - you just can't take your eyes off her. I know the character is very dear to her as well, and she just kills it."
This is the fourth movie in the Underworld franchise but only the third to feature Beckinsale. She appeared in the first two films but declined the offer to appear in the third. Her return, though, has clearly proved a success for the vampire film's producers. George Lucas' Red Tails also defied a negative response from the critics and grossed around $19.1 million over the weekend, which is better than was predicted. Last weekend, Mark Wahlberg's Contraband topped the box office charts but has dropped to number three, with takings of $12.2 million. Stephen Soderbergh's Haywire, featuring the former martial arts champion Gina Carano, was placed seventh in the ratings.
Kate Beckinsale made her major film debut in 1993, in Much Ado About Nothing, alongside Kenneth Branagh and Keanu Reeves. In the summer of this year, she is due to appear in an updated remake of Total Recall, with Colin Farrell and JESSICA BIEL.