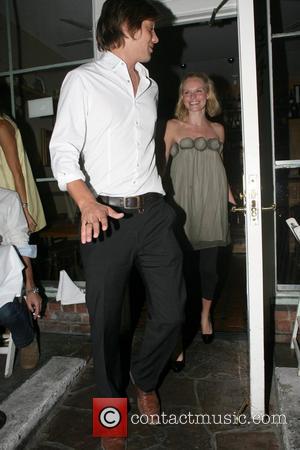 Kate Bosworth is reportedly convinced the notorious 'curse of Superman' is the reason she split up with Orlando Bloom. The movie beauty, who starred as Lois Lane in SUPERMAN RETURNS this year (06), was initially reluctant to believe in the supposed jinx. But, although she has had difficulty maintaining a relationship with Bloom in the past due to their conflicting schedules, it was Superman that finished off their romance altogether. A friend tells British newspaper the Daily Express, "The stress of Kate filming and then promoting Superman Returns was too much for her - especially with Orlando being so busy with Pirates Of The Caribbean at the same time. "It's something they had suffered before in their relationship but Superman was the one that broke them up. "Kate never believed in the curse before, but she does now." Theorists have drawn up evidence of a Superman curse after the riding accident which paralysed late big screen Superman Christopher Reeve. And previous TV Men Of Steel George Reeves and KIRK ALYN lived forever in the shadow of their TV careers as Superman, unable to find work and driven to early graves by drink.