Actress Kate Bosworth And Her Filmmaker Husband Michael Polish Are Joining Forces To Adapt Author Michelle Richmond's 2006 Book The Year Of Fog For The Big Screen. 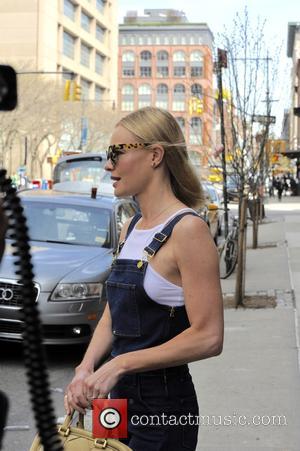 The couple met and fell in love on the set of Big Sur, based on the 1962 novel by Jack Kerouac, and now Bosworth and Polish are preparing to work together on another literary project.

Writer Richmond announced the news on Twitter.com on Thursday (02Jul15), posting, "A perfect match. @michael_polish and @katebosworth team up to adapt The Year of Fog."

Responding to the tweet, the actress replied, "We are so thrilled! Thank you @michellerichmon".

Polish will direct Bosworth in the movie, about a female photographer whose future stepdaughter goes missing during a trip to a beach in San Francisco, California.

The stars wed in 2013 after two years of dating.